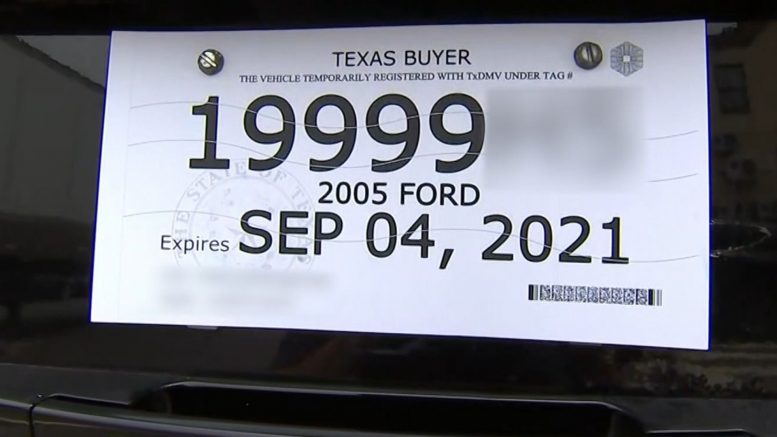 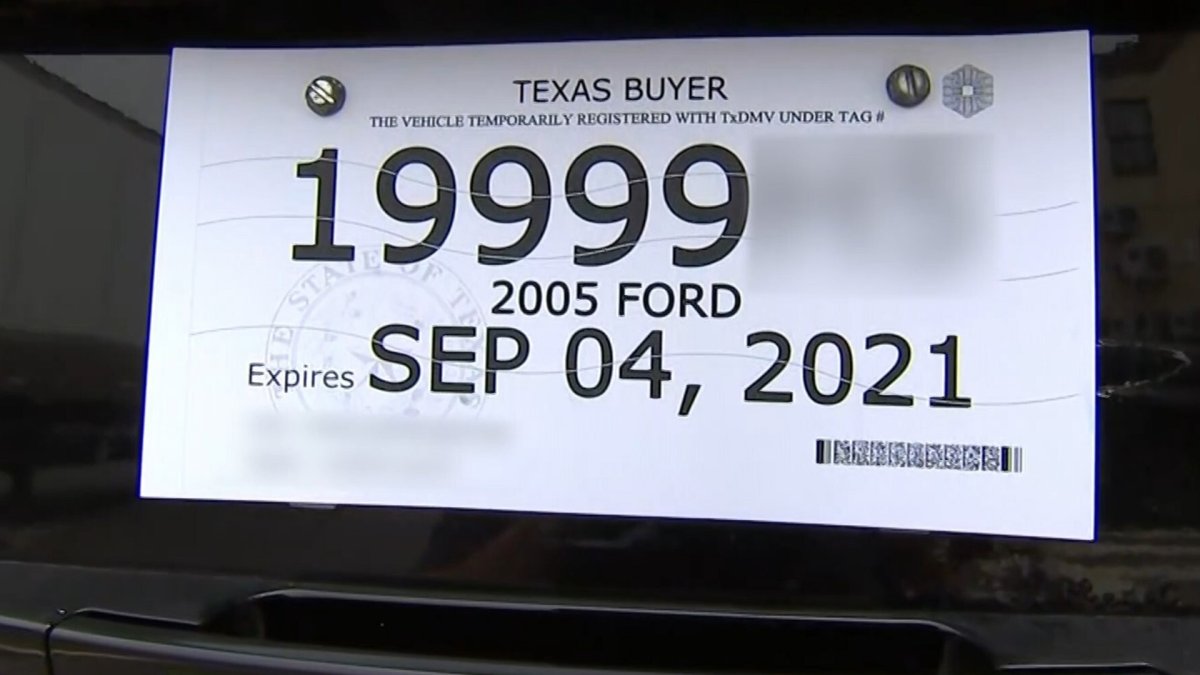 Fake Texas temporary vehicle tags are showing up in crime scenes as far away as New York and a recent FBI investigation found more than a half-million fraudulent paper tags were sold by just three people to buyers across the country.

“One reason it helps them is it’s a ghost car,” New York Police Department detective Maureen Stefenelli said. “That’s what I call it, a ghost car. It’s pretty much — it could be undetectable.”

The paper tags are supposed to be used after someone buys a car and before permanent metal plates are issued.

Police in New York said Texas made it a little too easy to obtain temporary tags online with few questions and little verification.

“You really didn’t have to go to a middleman,” Detective Thomas Burke said. “You could just go to Texas DMV and say, ‘Hey listen, this is my VIN number, can I get a temporary tag?’”

And that’s not the only way to get fake tags.

In May, an FBI investigation found three people in Houston set up “fraudulent and fictitious” used car dealerships — and got more than 500,000 tags from the DMV that appeared legitimate to any police officer.

They’re sold to people who can’t get registration or don’t want to pay taxes or insurance or tolls.

Fake tags have been a problem in Texas for years.

In 2017, NBC station KPRC-TV in Houston went undercover showing just how easy it is to buy them.

The tag the station received was issued by the Texas Department of Motor Vehicles – but was registered to a car dealer that wasn’t even in business.

Back then, state DMV officials acknowledged the problem, especially with its all-too-easy website.

“If someone has an invalid driver’s license that is not something that is verified or checked during the title and registration process,” said Jeremiah Kuntz, a top DMV official.

The state made some changes, like adding bar codes to the tags.

But it wasn’t until this year, Texas lawmakers took more action, tightening the process and putting limits on how many paper tags used car dealers can get.

“The department recognizes the impacts of fraudulent use of temporary tags and is continually analyzing opportunities to work with our partners to put stronger safeguards in place to prevent misuse,” Cook said in an email.