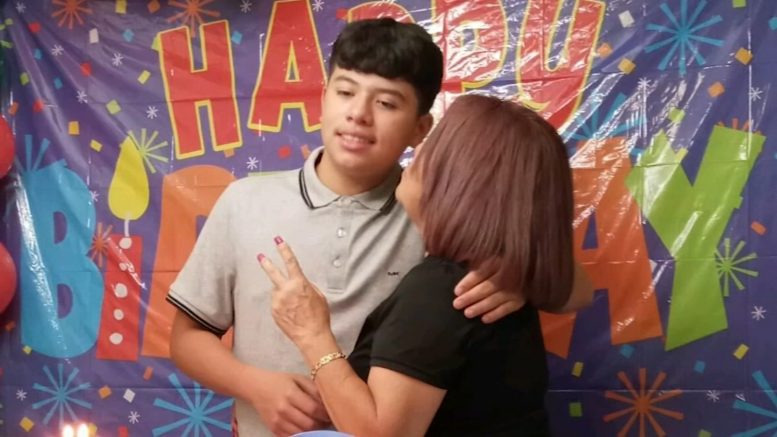 HOUSTON, Texas (KTRK) — Court records show that charges were filed against a second suspect for his role in the fatal shooting of a Lamar High School student.

The video above is from a previous report: ‘He was a good boy’: 14-year-old boy dies days after being shot in west Houston, police say

The suspect, 17-year-old Abdon Enriquez, is charged with capital murder after he and 17-year-old Ramiro Hernandez are accused of killing 14-year-old Axel Turcios.

Axel was in the parking lot of an apartment complex at 9545 Ella Lee Lane at about 8:10 p.m. on May 6 when Hernandez and Enriquez allegedly approached him, according to Houston Police Department Sgt. Cullen Duncan.

HPD said one or both of the suspects opened fire and struck Axel. Investigators said they believe that Hernandez and Enriquez took items from the 14-year-old.

The two suspects fled the scene in a dark Chrysler PT Cruiser northbound on Tanglewilde Street.

Paramedics transported Axel to a hospital in critical condition. He was pronounced dead the following day.

Turcios’ family attended a press conference at HPD Headquarters on May 19 and asked for the public’s help in identifying the suspects.

After that press conference, detectives received information that led to the arrest of the suspects.

On July 7, after further investigation, Hernandez was arrested and charged with capital murder for his alleged role, two months after Axel’s death.

Enriquez was arrested four months after Axel’s death, on Sept. 22, and is awaiting a court appearance.