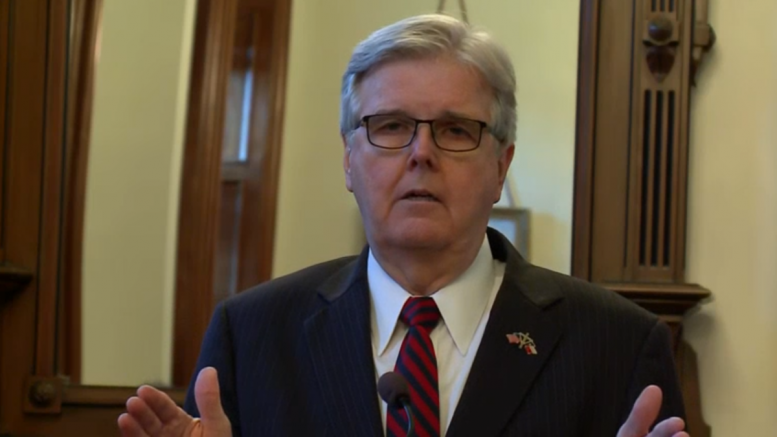 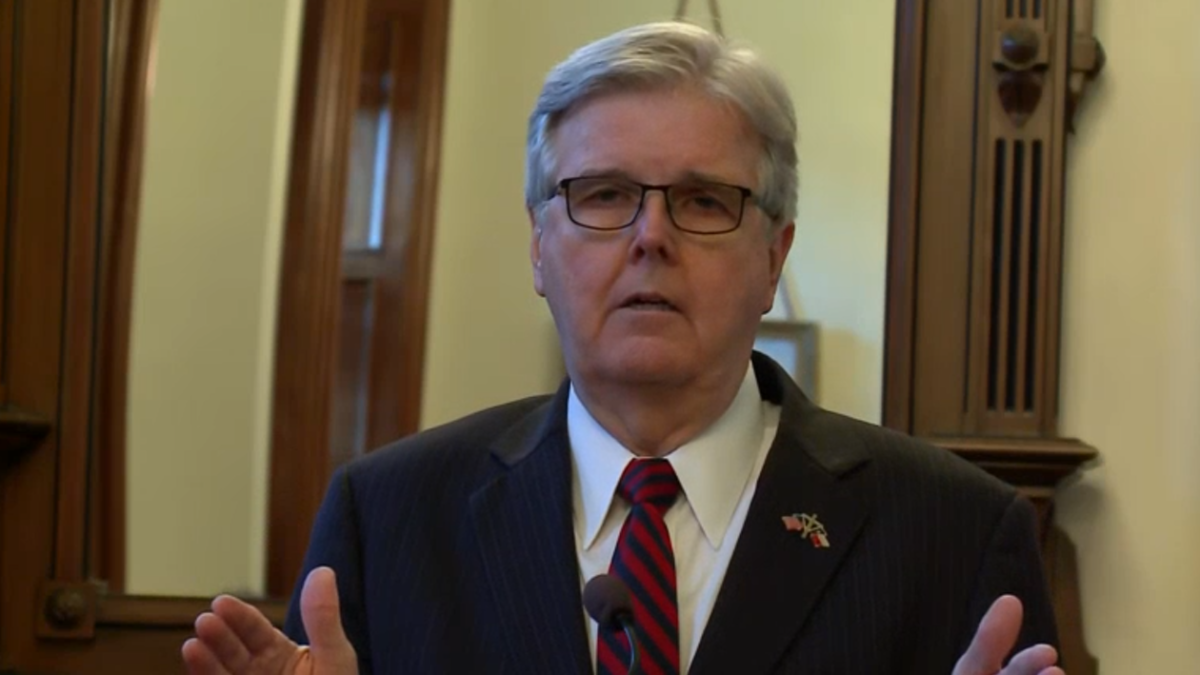 Texas Lt. Gov. Dan Patrick is in quarantine after testing positive last week for COVID-19, his office announced Monday afternoon. The news comes about 10 days after Patrick discussed in a national TV interview Americans gathering for Christmas regardless of recommendations.

Patrick’s office said the lieutenant governor experienced mild symptoms and has subsequently tested negative for the virus and is completing his quarantine period.

“His symptoms were mild and no one else in the household was infected. He continues working from home and will return to a public schedule by the end of the week,” said Allen Blakemore, Patrick’s campaign senior advisor, in a prepared statement.

Patrick’s announcement of a positive test comes about 10 days after he was a guest on FOX News’ Tucker Carlson Tonight where the subject was the upcoming Christmas holiday and recommendations that unvaccinated people consider changes to their holiday plans, including avoiding indoor gatherings or wearing masks, amid the ongoing surge of new cases of the omicron COVID-19 variant.

On the cable show, Patrick said told the host the left has no hope and that the Biden Administration was the “blue Grinch that wants to steal Christmas” from Christians.

The lieutenant governor’s office did not say where or when Patrick is believed to have been infected or why the news of his illness wasn’t shared before Monday. Patrick tweeted in October that he is vaccinated against COVID-19.

The day before Patrick’s interview, on Dec. 21, Biden said the winter holidays could be close to normal for the vaccinated while potentially dangerous for those who remain unvaccinated. He encouraged unvaccinated Americans to get vaccinated and for eligible Americans to get their booster, noting that former President Donald Trump had said he received his booster shot.

“It’s the only responsible thing to do,” the president said. “Omicron is serious and potentially deadly business for unvaccinated people.”

Biden chastised social media and people on cable TV who have made misleading statements to discourage people from getting vaccinated.

Patrick has taken a lot of heat for his comments on COVID-19 since the pandemic began, including in March 2020 when he said he, as a senior citizen, was willing to take a chance on his survival if it meant keeping the country moving and again in August 2021 when he was accused of making racist comments after blaming rising hospitalization and death rates on unvaccinated Black people. Both comments came during interviews on FOX News programs.