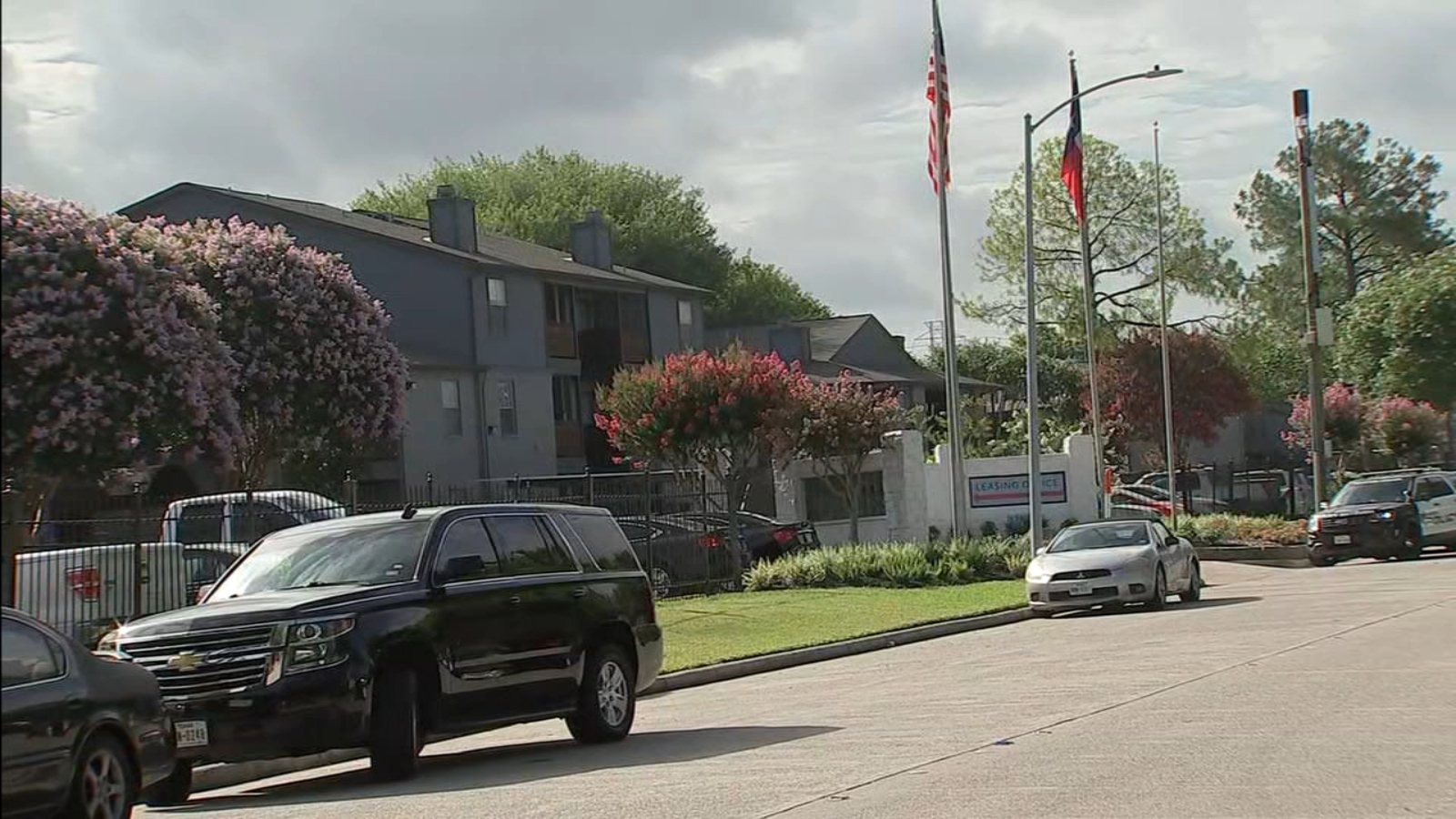 HOUSTON, Texas (KTRK) — A suspect is dead after allegedly shooting an officer during a standoff with law enforcement Saturday morning in southeast Houston, police said.

The suspect’s aunt and uncle told ABC13 that he had mental health issues and they tried to prevent anything like this from ever happening.

“We got a call around three in the morning saying there was an incident,” Jeremy Jones, the suspect’s uncle, said.

Jeremy Jones drove to Houston from the Austin area after hearing from police that his nephew was involved in a standoff.

“The family, in this case, we also pray for them. They are suffering. They’ve been very very helpful,” HPD Executive Assistant Chief James Jones said.

Throughout the morning Jones says he was able to talk to his nephew through Facebook Messenger as he was holed up in an apartment on the city’s southeast side after being accused of shooting an officer.

“For the most part he was saying that he was sorry, that he made a mistake, and that he didn’t want to die,” Jeremy Jones said. “This breaks my heart because we did see something. Not this, but you know, it’s messed up.”

He says the family was concerned about his nephew having guns and after an episode a couple of weeks ago and called HPD for help.

“I knew that he had an AR-15. I knew that he had other weapons. So when he had that episode, we called to the police station to see what we could do to get the guns…to possibly turn them in. And it was no help because he’s not a felon because he hadn’t done anything at the time. They said there was nothing that could be done,” Jeremy Jones said.

We asked HPD about the suspect’s mental health and if they knew of any previous calls regarding him. They said, at this point, it’s too early in the investigation to say.

At about 2:11 a.m., law enforcement responded to a shooting at The Parker at Ellington apartment complex on Roydon Drive and Kurland Drive.

HPD commanders & PIO are en route to an officer-involved shooting in the 12800 block of Roydon Dr. Prelim info is a suspect fired at an officer, striking the officer. The officer was transported to an area hospital. No suspect info at this time. Please avoid the area.#HouNews pic.twitter.com/wEfWLUD92N

The suspect was barricaded inside the apartment complex when he began opening fire at officers during this time, according to SWAT.

An HPD officer was struck with injuries to both legs. He was taken to a nearby hospital and since has been treated and released from the hospital. He is now recovering at home.

At 5:40 a.m., the SWAT team arrived on the scene and determined the suspect was still in the apartment.

The family of the suspect arrived and spoke exclusively with Eyewitness News. The suspect’s uncle said that he had been in contact with his nephew and that he is suffering from mental health issues.

At 8:45 a.m., the suspect began to open fire again with an ABC13 crew on the scene who heard gunfire and took cover.

Law enforcement did not return fire at any point of the standoff, according to police.

Investigators say after the gunfire stopped, they entered the apartment and found the suspect dead of a self-inflicted gunshot wound.

Alexandria Aniyah Rubio was opinionated like her mother, and she played basketball and softball like her father. When she got older, she wanted to go to college on a softball scholarship and to become an attorney. Lexi, as she was known to family and friends, was among the 19 children and two teachers who were shot to death during the May 24 attack at Robb Elementary School in Uvalde. Her family asked mourners to wear bright colors to Lexi’s funeral on Saturday at the First Baptist Church in Uvalde because Lexi loved them. Lexi wanted to major in math one day at St. Mary’s University in San Antonio, where her mother is a student, the family said in an obituary posted on a funeral home’s website. They described her as “sarcastic, but caring, giving.” Gun violence March for Our Lives Jun 11 March for Our Lives Rallies Call for New Gun Laws After Shootings gun violence Jun 11 Governors Forming Task Force to Address Mass…

The special Tony Award that honors educators will go to a drama teacher in Texas who argues that “musical theater has a unique way of bringing people together.” Roshunda Jones-Koumba, the theater director at G.W. Carver Magnet High School in Houston will receive the 2022 Excellence in Theatre Education Award on June 12 at the Tony Awards in New York City. The annual education award bestowed by the Tony Awards and Carnegie Mellon University recognizes U.S. educators from kindergarten to 12th grade who have “demonstrated monumental impact on the lives of students and who embodies the highest standards of the profession.” “In theater we accept all, so you’re not afraid to be yourself. And that gives you confidence to do anything you want, enables you to work with different people, and to be a better all-around person,” Jones-Koumba said in a statement. “Theatre is Life. I’m very grateful to The Tony Awards and Carnegie Mellon University for this honor.” The award includes a $10,000 prize and a pair of tickets to the Tony ceremony and gala. A panel of judges comprised of the American Theatre Wing, The Broadway League, Carnegie Mellon and other leaders from the theater industry selects the winner,…