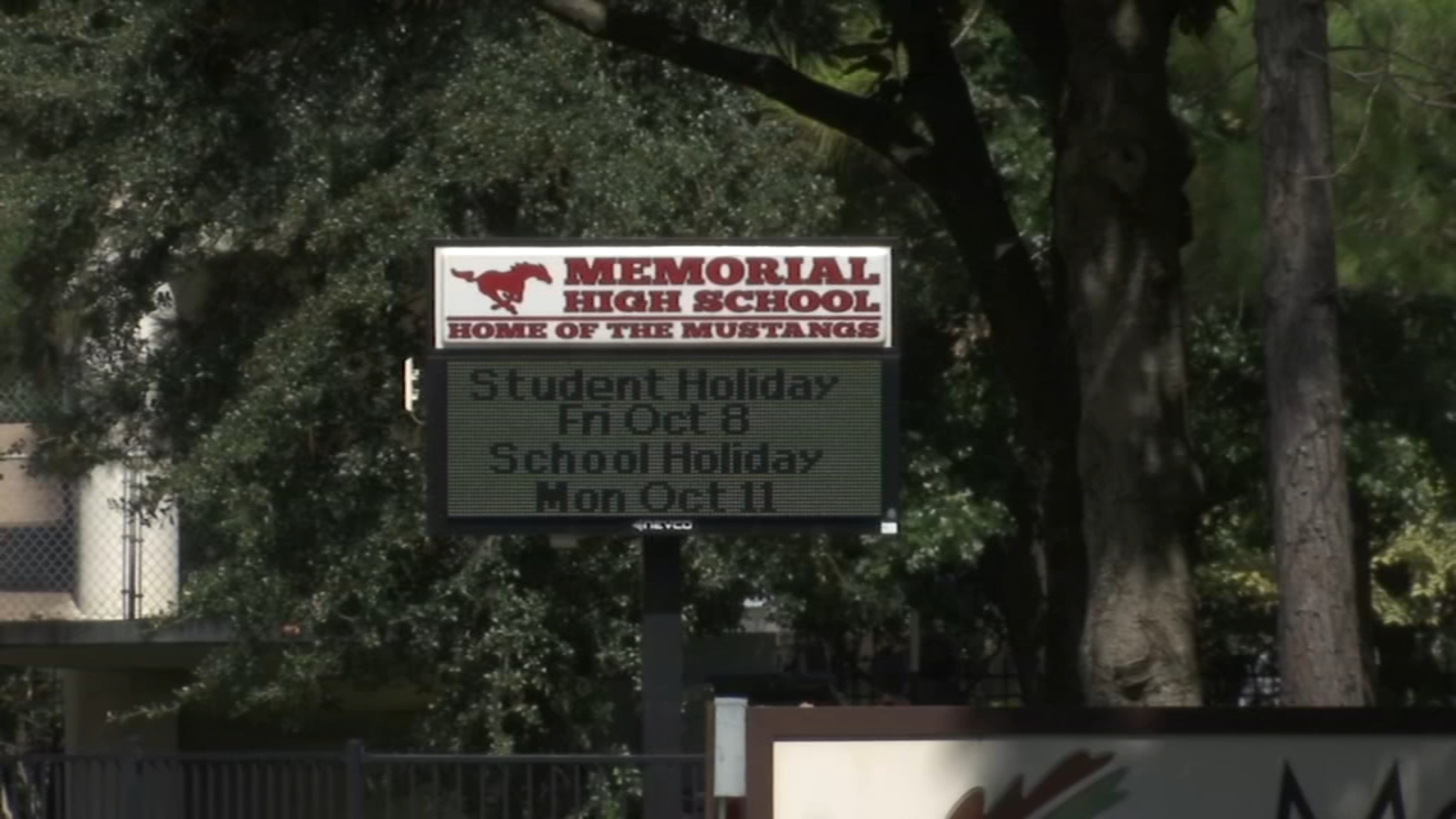 HOUSTON, Texas (KTRK) — Law enforcement is looking to arrest one of their own who is accused of stealing money out of an administrator’s desk at Memorial High School.

Tommy Glen Gray, 61, was just charged with theft in Harris County following allegations made in December 2019.

Assistant district attorney in the public corruption division, Kimberly Smith, said administrators noticed money missing here and there from their desks and reported it to Spring Branch ISD police.

A sting operation was conducted where Gray was caught on surveillance video taking the money, according to Smith.

“He would use the key access that he had, and he would enter their offices and steal money from their desks,” she said.

Gray was working an extra job doing security at night for campuses in Spring Branch ISD.

“To make sure the campus was protected, and there he was … violating the members of that campus,” Smith said.

The money was reportedly allocated toward fundraisers, support staff and after school activities.

The charge stems from $900 taken at Memorial High School. But Smith said they believe more was taken from other campuses in the district.

“When you’re dealing with a person who works as a public servant, who has taken an oath to protect the community, who wears a badge, you are not dealing with your typical criminal,” Smith said.

In response to the incident, the district issued the following statement:

“Two years ago, Spring Branch ISD Police received information indicating that cash was missing from several schools. SBISD Police immediately began an aggressive investigation and identified Tommy Gray as the suspect. SBISD Police brought theft charges against Gray and fired him in January 2020 at the conclusion of the investigation. We fully support the prosecution of this case.”

Gray has not been arrested in connection with the case, and the district attorney’s office said it is not aware of any plans he has made to turn himself in.

A check with the Texas Commission on Law Enforcement shows Gray has not worked in law enforcement in Texas since he was released by Spring Branch ISD.

INCREDIBLE STORY! While on her 48-hour journey of survival in the Sierra National Forest, Jolly Bose says she meditated and imagined herself eating more than she had with each bite. She also imagined drinking water when she had none left. [video src="https://vcl.abcotv.net/video/kfsn/102421-kfsn-am-hiker-rescued-vid.mp4" poster="https://cdn.abcotvs.com/dip/images/11162855_rescued-hiker-img.jpg"]Courtesy of ABC13 Texas …

Texas congressmen complained Tuesday about the Mexican government’s attempts to limit competition in the electrical power sector. In a letter to U.S. Ambassador Ken Salzar, about 20 Texas congressmen and senators criticized changes proposed by President Andrés Manuel López Obrador to restrict the market share of private power generators and favor Mexico’s state-owned utility company. The letter circulated by Republican Rep. August Pfluger said the new rules would “discriminate against American energy producers.” The complaint came on the same day the Mexican government claimed it is leading a transition to more renewable energy, even though López Obrador is pushing to restrict private wind and solar projects. López Obrador submitted a bill earlier this month that would cancel contracts under which 34 private plants sell power into the national grid. The plan declares “illegal” another 239 private plants that sell energy directly to corporate clients in Mexico. Almost all of those plants are renewable or natural-gas fired. The measure also would cancel many long-term energy supply contracts and clean-energy preferential buying programs, often affecting foreign companies. It puts private natural gas plants almost last in line — ahead of only government coal-fired plants — for rights to sell electricity into the grid,…

Christopher Ramirez, a 3-year-old boy missing since Wednesday in Grimes County, has been found safe.
According to Grimes County Sheriff Don Sowell, the child was found wandering in a wooded area near FM 1486 north of Highway 249, almost five miles from his home, at approximately 11:15 a.m. Authorities were able to locate the child after a “citizen called in after hearing some noise,” Sowell told NBC News. “It looks like little boy was just lost in the woods,” Sowell said. The child has been reunited with his mother, Araceli Nunez, and taken to a hospital as a precautionary measure. Ramirez was last seen on Wednesday afternoon playing with a family dog near Plantersville, about 60 miles northwest of Houston. Family members said the boy followed the dog into a wooded area and had not been seen since. Authorities searched several bodies of water and drained one pond while looking for the child. They also conducted ground searches with K-9 units, surveyed the area with drones and helicopters, and reviewed surveillance footage from nearby homes. This is a developing story. Check back for updates. Courtesy of Texas News – NBC 5 Dallas-Fort Worth …

At least $900 was taken from Memorial High School, but it’s believed the former officer may have taken more from other campuses. Courtesy of ABC13 Texas …

The Texas Secretary of State’s Office announced Tuesday the details of a “forensic audit” of the 2020 election it launched last week, a day after former President Donald Trump suggested that Gov. Greg Abbott (R) order the audit. The Secretary of State’s Office says the audit ensures “Texas voters have confidence in the elections system” and addresses things election officials could face “that undermine the integrity of our elections.” Trump won Texas in 2020 by 5.5 percentage points and there was no evidence of widespread voter fraud in the state. Still, it was the closest margin of victory by a GOP presidential nominee in Texas in decades. The Secretary of State is appointed by the governor in Texas but has remained vacant since Ruth Ruggero Hughs stepped down in May. Election Audit Elections Sep 25 Explainer: As Arizona Election ‘Audit' Ends, New Ones Begin Donald Trump Sep 24 Cyber Ninjas' GOP-Backed Audit of Arizona Votes Still Shows Biden Won, Maricopa County Says …