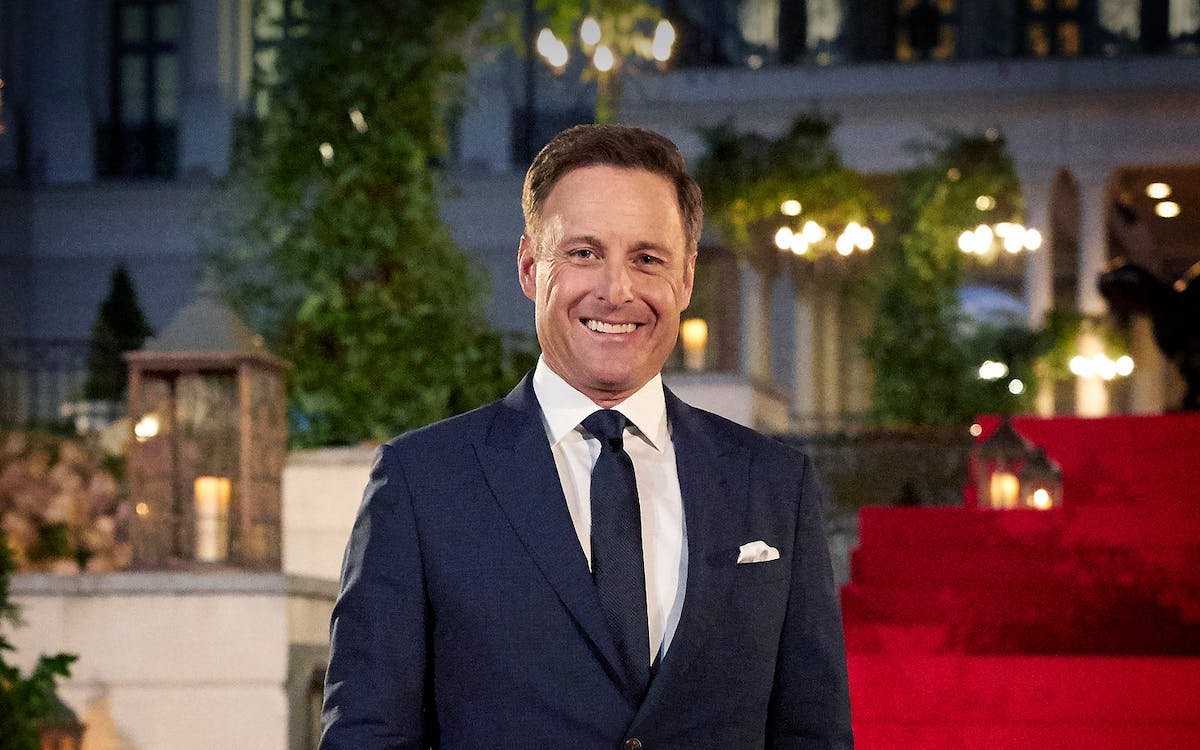 Millions tuned in to ABC on Monday to watch Katie Thurston begin her sequined journey to find love on season seventeen of The Bachelorette. But for the first time in Bachelor franchise history, Chris Harrison was not serving as host of the show. Instead, Thurston was surprised by former Bachelorettes Tayshia Adams and Kaitlyn Bristowe, who have taken Harrison’s place.

Harrison, a Dallas native, announced on February 13, as the final episodes of season 25 of The Bachelor were set to air, that he would temporarily step down from the franchise, after he defended contestant Rachael Kirkconnell from accusations of racist behavior. That month, photos had emerged of Kirkconnell attending an antebellum-themed fraternity party in 2018, when she was a student at Georgia College and State University. Kirkconnell would go on to win the season, which featured the first Black Bachelor, Matt James. On February 10, Harrison went on Extra, where he was interviewed by former Bachelorette Rachel Lindsay, herself a Dallas native and the first Black Bachelorette, about the photos.

It didn’t go well. Within hours, a group of the season’s contestants issued a statement denouncing “any defense of racism” and soon after came Harrison’s public apology and his temporary separation from the franchise.

Thus ends Harrison’s run as host of one the most successful franchises in television history. For nearly two decades, Harrison helped build it into an institution. He was a constant as the show, its audience, and, really, the country changed. During his tenure, the show transformed from a cultural totem of white Christian conservatism to an entertainment empire with several spin-offs and a huge, diverse audience. As the show grew, so did Harrison, who settled into his role as a calm, fatherlike mediator and, for many viewers, a voice of sanity on a show engineered to create maximum petty drama.

But regardless of the circumstances, Harrison’s departure provided a refreshing shake-up that viewers didn’t know they needed. Monday night’s premiere with new hosts Adams and Bristowe made for great television and delivered solid ratings. Both hosts have been in Thurston’s sparkly heels, which fosters a more empathetic connection than what would’ve been possible with a 49-year-old white man.

Adams and Bristowe were much more involved in the episode, and, unlike Harrison, they didn’t even bother to pretend to be objective bystanders. They have already fostered a sisterhood with Thurston and have positioned themselves as women who have seen it all and are there to give her thoughtful guidance rather than steer her down the path that generates more drama. The duo’s antics also add an entertaining element, as when they stealthily watched Thurston greet the men from a window, popcorn in hand and jokes at the ready. After meeting certain men, Thurston would flash a quick thumbs-up or wide-eyed gaze to the hosts, who watched every interaction like protective, affectionate hawks. Adams and Bristowe are bubbly, fun, and full of laughter, which matches Thurston’s personality, as opposed to Harrison’s serious, staid, and, at times, judgmental demeanor.

This is not to discount Harrison’s nearly twenty-year run as the face of the franchise. Whatever our feelings toward him now, it is necessary to acknowledge his success. But Adams and Bristowe’s performance was refreshing and perhaps evidence that the show was due for a makeover anyway. The franchise that Harrison helped build will be fine, and probably better, without him.

Overall, Harrison’s last chapter may be termed a fall from grace. But it also opens up a dialogue about what is expected of hosts, what is acceptable from contestants, and where reality television is headed. It just won’t be a dialogue Harrison will be mediating.

The Larry McMurtry I Knew

Chris Harrison Was Part of the Bachelor Franchise’s Problem